Saindo do armário do preconceito

What is in a Park?

What is in a park?

“Imagine … the dawn of the 13th day of the occupation … you’re tired, not sleeping or eating too great … you’ve been harassed, maybe tear gassed and beaten. Bloomberg[1] is threatening to call in the National Guard. … But you are sitting tight because much of the nation is cheering you on … Al Jazeera and the BBC are beaming your struggle to a captivated world and the tension is building for Obama … It feels much like it did in Tahrir Square moments before Mubarak caved. You’ve never felt so alive!” (Adbusters, 2011)

These were the words from the infamous call of culture jammers group Adbusters to occupy Wall Street. Echoing popular uprising in Egypt’s Tahrir square, only to be followed by indignados of Spain and many more occupying (or better said, commons-reclaiming) movements across the world, these words were the hot potatoes of the news outlets for the past 2 years. Squares, schools, libraries, public parks were all full of rage, full of enthusiasm and equally full of uncertainties as regards where it was heading. Then came the police action.

On 30th May 2013 at about 05:00 am in the morning, a similar fate arrived on those who were camping in Istanbul to prevent demolition of a park. Riot police backed with their pepper sprays, batons, shields and protective masks arrived in Gezi Park, the last standing piece of green space in midst of Istanbul’s heart, Taksim Square to disperse the crowd gathered to protect this space in the popular spirit of occupations of the past 2 years. Long story short: increasingly turning to authoritarian measures, Turkish government is pushing hard to turn this public park into a shopping mall. Currently there are 93 active shopping malls in Istanbul, making it 5th city in the world with most number of shopping malls (Aktif Haber, 2013). Not surprisingly, police took its business-as-usual toll by throwing pepper spray cans and moved on with taking off the tents erected in the last 2 days to protect the park from demolition. Yet, not having quenched their anger, police set ablaze the tents of the protestors. While mainstream media outlets recorded the event, they were silent to put it up on their websites or news hours. Events were even falsely reported as “protestors burning their tents” in some media sources closer to the government. Protestors indeed were asking for the protection of this one of the last tracts of green spaces left in the city. They were claiming their right to the city. The right, which according to David Harvey (2008) is “far more than the individual liberty to access urban resources: it is a right to change ourselves by changing the city. It is, moreover, a common rather than an individual right since this transformation inevitably depends upon the exercise of a collective power to reshape the processes of urbanization.”

Similarly, just about 2 years ago, on 27th May 2011 at 06:45 am, Catalan riot police Mossos d’Esquadra landed in Plaza Catalunya (center of Barcelona), which was occupied for the past 12 days. Using the noise, dirt and upcoming celebrations of the victory of FC Barcelona in Champions League as main excuses, Mossos moved in the square to remove the occupiers, confiscate their tents, electricity generators among others. However Plaza Catalunya was occupied once more just after the police left and this time occupiers decided to stay for good. One of the most impressive sights in the re-occupied space back then was the establishment of an urban agro-ecology experiment with tomatos planted in a DIY orchard on one side of the square (Ekoloji Kolektifi, 2011). Arnau (2011), one of the indignados who is also a resident in the infamous r-urban squat of Barcelona Can Masdeu, was defining the imagery of this orchard as being:

“[…] the symbol of ecological agricultural production, which is seasonal and controlled by the producers themselves. But it is also a symbol to open the door to another city; a city with more urban gardens and less banks, more small shops and less supermarkets, more common spaces and less real estate speculation.”

Maybe it is not a Tahrir or Plaza Catalunya moment for Turkey yet but today the encampment and popular struggle for Taksim Gezi Parkı can be read as something more than a call to protect a public park solely. It is probably the most visible manifestation of on-going ecological conflicts and thus ecological resistance, which often passes unnoticed in international appraisal of Turkey’s developmentalist economic “miracle” (Sachs, 2013). These struggles often appear as popular resistance against privatization of rivers for hydropower (Islar, 2012), resistance against construction of coal-fired power plants claiming to end foreign oil dependency (Walker and Hartley, 2012), resistance against mining projects in critical ecosystems (Avcı et al. 2010) or yet to a much lesser extent – unfortunately – as the refusal of developmentalism a-la-turca in general (Arsel, 2012).

Therefore while more people gather in Gezi Parkı to resist the demolition of their urban commons, they are also adding up their voices in this increasing struggle against the will and vision of the political power in charge to turn the country into a concrete developmentalist jungle. By bringing together diverse actors and their equally diverse agendas in a unified struggle, these moments of ecological resistance carry the potential to add up to what Martinez-Alier (2002; 2013) calls “environmentalism of the poor” in Turkey. Only such an understanding of the popular resistance in Gezi Parkı will lead us to an understanding of environmentalism as focusing its attention on social justice, including claims to recognition and participation, while building on the premise that the fights for human rights and environment are inseparable everywhere (including the regions in which environmental destruction caused by 30-years-long violent ethnic strife in Turkey often forego without a voice) (van Etten et al.,2008). Now let’s hope that what we are witnessing in Gezi Parkı is not only a local refusal to a single urban transformation intervention but it is also part of a bigger picture; a picture in which society decides to protect, to reclaim and to reproduce its commons. So to make it clearer now we can just change the word Bloomberg withKadir Topbaş (mayor of Istanbul), National Guard with Turkish riot police çevik kuvvet and Obama with Erdoğanin the piece by Adbusters above. Then we should stand up and join the crowd while more struggles are on the way and just imagine what more is in a park.

Please cite this publication as follows:

Adbusters (2011) Is America Ripe for a Tahrir Moment? URL: https://www.adbusters.org/blogs/adbusters-blog/america-ripe-tahrir-moment.html (Accessed on 30.05.2013)

Arnau (2011) Katalonya Meydanı’nda Bir Tarlanın Ne İşi Var? Bunun  Gerçek Bir Demokrasi Talebiyle Ne İlgisi Var? (What is a piece of agricultural land doing in Plaza Catalunya? What does this have to do with the demand for real democracy?), Kolektif Ekososyalist Dergi 10, 40. (Original in Spanish:http://hortdignebcn.wordpress.com/documents/%C2%BFque-hace-un-huerto-en-plaza-catalunya/)

Martinez-Alier, J. (2002) The environmentalism of the poor: A study of ecological conflicts and valuation, Edward Edgar Publishing: Cheltenham.

Martinez-Alier, J. (2013) The environmentalism of the poor, Geoforum (in press).

Walker, C. and Hartley, M. (2012) Coal and Corruption: The Battle for Gerze, The Ecologist. L’Aquila, a photo by Carmelo61 PhotoPassion Thanks on Flickr. 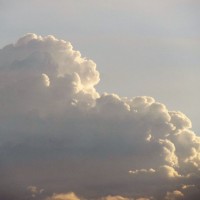