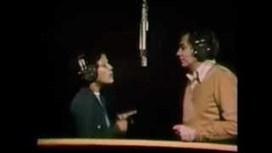 Elis Regina was born in Porto Alegre, where she began her career as a singer at age 11 on a children’s radio show, O Clube Do Guri on Rádio Farroupilha. In 1959, she was contracted by Rádio Gaúcha and in the next year she travelled to Rio de Janeiro where she recorded her first LP, Viva a Brotolândia (Long Live Teenage Land).

She won her first festival song contest in 1965 singing Arrastão (Pull The Trawling Net) by Edu Lobo and Vinícius de Moraes, which, when released as a single, made her the biggest selling Brazilian recording artist since Carmen Miranda. The second LP with Jair Rodrigues, Dois na Bossa, set a national sales record and became the first Brazilian LP to sell over one million copies. Arrastão by Elis also launched her career for a national audience, since that festival was broadcast via TV and radio. For the history of Brazilian music, the record represented the beginning of a new musical style that would be known as MPB (Música Popular Brasileira or Brazilian Popular Music), distinguished from the previous bossa nova.

In the late 1960s and early 1970s, along with Gal Costa, Caetano Veloso and Gilberto Gil, Elis Regina helped to popularize the work of the tropicalismo (Tropicália) movement, recording songs by musicians such as Gilberto Gil. Her 1974 collaboration with Antonio Carlos Jobim, Elis & Tom, is often cited as one of the greatest bossa nova albums of all time, which also includes what many consider the all-time best Brazilian song, “Águas de Março”. She also recorded songs by Milton Nascimento, João Bosco, Aldir Blanc, Chico Buarque,Guinga, Jorge Ben, Baden Powell, Caetano Veloso and Rita Lee. Her nicknames were “furacão” (“hurricane”) and “pimentinha” (“little pepper”). __ http://en.wikipedia.org/wiki/Elis_Regina