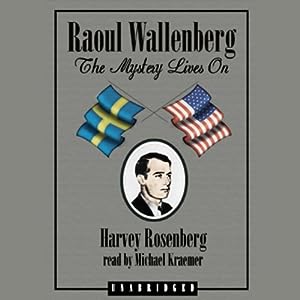 This is an important story about a heroic man who risked his own life to save as many Jews from the Nazi’s as he could. The countless eye witness reports and stories of just how brave and resourceful this man was are mind numbing. More so is the continued muddling of all attempts to rescue the man from Russia and the different attempts by the Russians to deny his capture and imprisonment.
Very concise, well researched and full of heartbreaking details about the fate of Jews and their associates
A must read/ listen!I almost didn’t listen to this because of an unfavourable review, implying that there wasn’t a point to the background story and that there was not enough ‘action’ or time devoted to the rescue missions of Raoul.
This turned out to be very wrong!