“Pilling from 499 rubles. Ultrasound cleaning from 599 rubles.” Photo by TRR

More Than Five Million Russians Have Trouble Paying Back Loans
Takie Dela
May 30, 2017

Around five and half million Russians have trouble servicing their debts. Their debut burden is more than 60% of their income, reports Gazeta.ru, quoting a statement by Vladimir Shikin, deputy marketing director at the National Credit History Bureau.

According to experts, this figure is regarded as a critical indicator. Among the main reasons for arrears are the unreliability of borrowers and the lack of means to finance current debts.

Residents of the Kemerovo, Tyumen, and Novosibirsk Regions are the most indebted. According to the National Credit History Bureau, three million people cannot make payments on loans, which is 8% of all borrowers. Their current debt load exceeds half of their monthly incomes.

According to Shikin, the share of overdue loans remains… 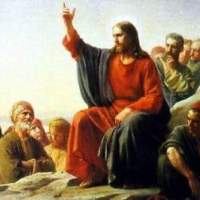