We previously discussed how the coverage of President Donald Trump’s low polling numbers often omits that Bill Clinton has similar numbers and more importantly media darling French President Emmanuel Macron has similarly low numbers and those numbers are dropping.  That does not change the fact that this White House is rapidly alienating allies both domestic and foreign. However, a new poll confirms that Macron shows the same dropping popularity over the same period of time with only 40 percent now in favor of the job that he is doing.  If you think, it is time for a Macron makeover . . .  think again. 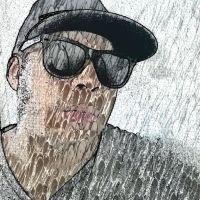 A blog about anything and everything

WHEREVER YOU GO, GO WITH ALL YOUR HEART.

To the glory days

Away from the Drawing Board

I Dare You to Figure Me Out

My Thoughts and Views Frankly Expressed

in Pursuit of a Higher Passion...

A Little Writing Workshop of Horrors.